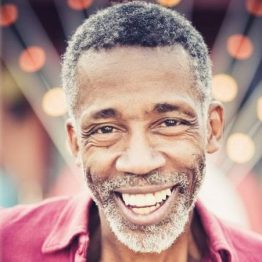 Dancing since 1974, Chester Whitmore originally studied to be a cinematographer. An encounter with famed tap dancer Fayard Nicholas changed his life. Eventually, Mr. Nicholas became his teacher and mentor.

Mr. Whitmore has been jumping ever since. Lately, he has been traveling around the world on tour as dancer, teacher, choreographer, director and entertainer. He and his dance company, Black Ballet Jazz, have performed with the Lionel Hampton Orchestra, the Duke Ellington Orchestra under the direction of Mercer Ellington, the Count Basie Orchestra under the direction of Frank Foster and the great Miles Davis.

The summer of 1999 sent him touring through Canada and Europe with the Smithsonian Masterworks Jazz Orchestra in a tribute to Duke Ellington.